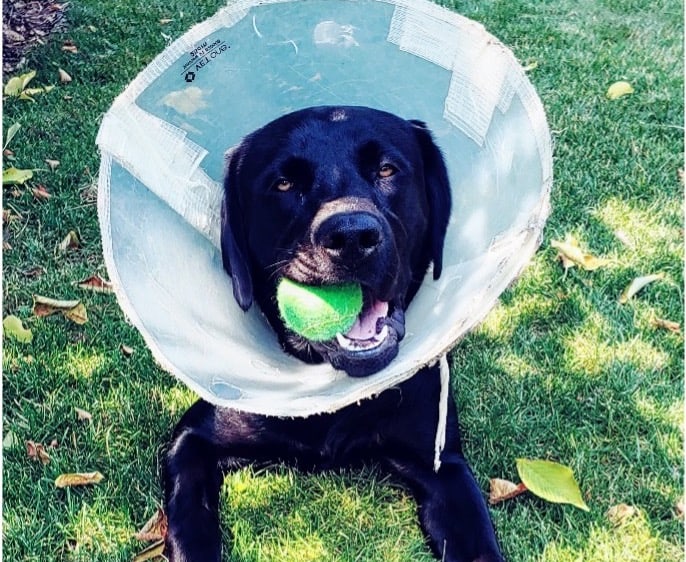 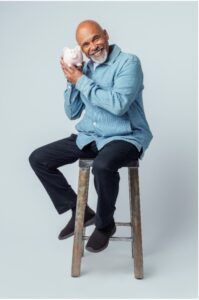 Many times, we hear from financial advisors the importance of having an emergency fund—several months’ worth of expenses saved in the bank for use in case of a financial emergency. These emergencies include unplanned unemployment, medical expenses, or repairs on your house or automobile, just to name a few.

Can I just invest my emergency fund money? (What could go wrong?)

Sometimes it can be tempting to put this money to work by investing it (or purchasing something that is not an emergency expense). By investing the money, you stand to beat inflation in the long term, true—but if you suddenly need that money for an emergency, you may find yourself having to sell the investment in a down market to cover the emergence, and that can force you to lose more shares of that investment than you would otherwise be willing! Conversely, if you sell the investment during an upward trend in the market, you may be faced with unintended tax consequences you had not planned to pay for because of the emergency.

Your emergency fund – What is the biggest temptation/risk?

Perhaps the greater temptation is to spend the emergency fund on something that is not necessary. I fell into this trap the last year myself, and I hope you can learn from my story. My wife and I each have dependable transportation, but I drive a full-sized truck. Early this year I was helping my stepdaughter shop for a car to drive as she makes her way through college, and, in doing so, found a fantastic deal on a car for myself. Even though I did not need the car, I decided to purchase it for my own use to keep miles off the more expensive truck.

I purchased the car using financing, but, after running the numbers, I saw that I would be paying more interest than I wanted over the course of the loan. So, I wrote a check using a large portion of my emergency fund and bought the car outright. I did not foresee any large expenses in the coming year and felt certain that I could build my emergency fund back up over the coming months.

Enter the 9-month-old puppy who eats everything!

Fast Forward several months later. We have a rambunctious 9-month-old Black Lab puppy named Ozzie. He is normally a picture of health and a great family dog, but like most Black Labs, likes to eat anything and everything. One day his chin was the size of a grapefruit and filled with fluid. After an 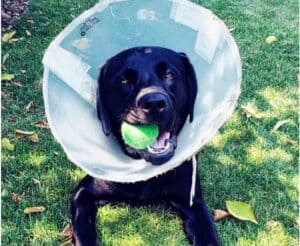 emergency trip to the Vet, they were worried that he had a punctured saliva gland and needed specialized surgery. After paying several hundred dollars, we scheduled another appointment with a specialized Veterinary surgeon, but it was over a month before we could get him in. Shortly thereafter Ozzie started throwing up undigested food and green bile one morning.

We took him back to the vet, and they discovered he had a rather large stone stuck in his intestine which required emergency surgery. This ended up costing over $2,000, and Ozzie donned the cone of shame.

To make matters worse, he began throwing up a couple weeks later and we took him back in, fearing complications from the previous surgery. After an ultrasound examination, more drugs, and an $800 bill, we learned he had “gastroenteritis of unknown origin,” so I became his personal chef and cooked him chicken and rice to eat until he regained his intestinal fortitude.

Fast Forward a couple more weeks and Ozzie had a very large splinter-like piece of wood removed from his chin by the Vet surgeon after an ultrasound diagnosis, and another $3,000 procedure was complete.

Ozzie donned a new cone of shame and is hopefully now on the mend for good. His medical bills were not the straw that broke the emergency fund’s back, but they led up to the next emergency, which forced more drastic measures due to our depleted emergency fund.

And then the broken air conditioner condenser (in hottest summer ever) 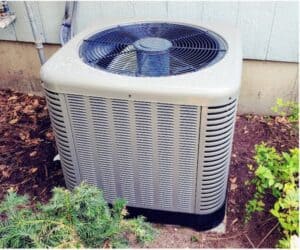 I live in Spokane, Washington, on the dry side of the state and we are having the hottest summer I can remember. Our house stays cool enough with temperatures in the 80’s, but when it gets into the 90’s we need to use our air conditioning. Several weeks ago, our air conditioning condenser broke on our 30-year-old unit, and it was time for a replacement.  We also chose to have our furnace replaced at the same time since it was also 30 years old. This became mandatory when cracks in the furnace exhaust were discovered that could leak carbon monoxide.

We had our A/C and furnace replaced just in time for 110-degree temperatures the following week—we would have been absolutely miserable without it.

The problem was that this was another huge necessary expense at the same time that we were paying Vet bills. Without enough cash in the bank, I had to decide between some investments to sell or other means to pay for the A/C bill. I hate selling investments when I am not ready to take that step, so reluctantly I decided to sell the car I had written a check for 6 months earlier, since it was not essential. With the low inventory of dealer cars available this summer, I was able to easily sell the car for a small profit and cover our bills, so the spent emergency fund had a rare happy ending, even though I had gambled and lost by using my emergency fund on an unnecessary expense.

3 ways an emergency fund gives you peace of mind

The lesson learned (besides the value of Veterinary Insurance) is how important an emergency fund is because we never see emergencies coming. Having an emergency fund that can cover several months of unanticipated expenses can provide peace of mind by assuring you that your long-term investments can be left to grow, that expenses are not added to debt, and that the liquidity of cash is available to cover the unexpected.

Need support determining the amount you need in YOUR emergency fund?

A financial advisor can help you determine the amount needed in your emergency fund and how to develop one. For more information on how we can help you, please visit us at www.f5fp.com, or schedule a free consultation.

If so, feel free to send us an email or give us a call. We’d love to have the opportunity to help you find a bit more peace of mind when it comes to investing.