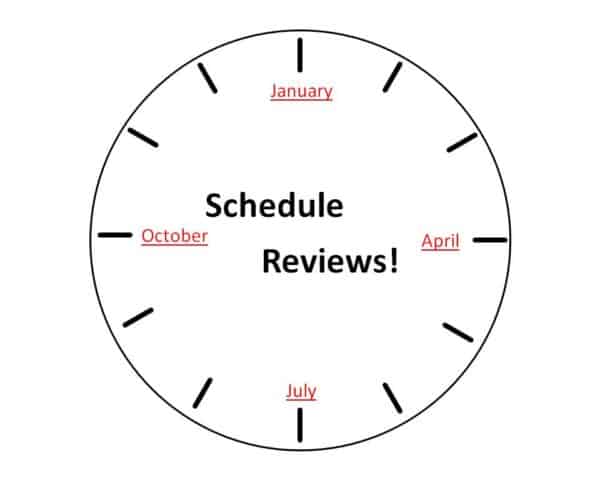 Technology makes massive gains with each passing day. One of these gains is the ability to "fly by wire" versus via a mechanical system. This expression comes from the aerospace industry where technology has evolved to the point that the manual flight controls can be replaced by a series of electronic controls. No longer is there a direct mechanical linkage to the planes control surfaces. Instead, an electronic signal is passed to servo motors that control the surfaces. Great, right?

Not so fast. Without the tactile feedback, pilots who were used to flying with the mechanical controls were lost! They had no sense of feel and, accordingly, found flying the plane to be incredibly more difficult. As time has progressed, a combination of artificial/simulated feedback and other feedback mechanisms (gauges, indicators, etc.) has created a system that now works great.

Take a second example. Your kid’s PlayStation. When you pick up a controller and start playing a game, one of the first things you notice is that you will get feedback via shaking in the controller. The same is true with the high-end "driving simulators" that can be tied in to the PlayStation. The designers have built in feedback to let the players know when things are off track.

And yet many leaders at work never take the time to sit down with their team and give them any sort of feedback.

Many folks shirk when I suggest this. They roll their eyes, sigh, and state with a great deal of conviction that "I don't have time enough for the annual reviews, much less the quarterly reviews." Great, so unlike any other aspect of our life, you're going to trust that without any feedback outside of what is likely a cursory half-hour discussion once a year, things are just going to work out fine?

Oh, and with this one statement, you've just acknowledged that you don't have an hour of committed time to give to each of your team on a quarterly basis. And did I mention that you also just told them that you don't want to give them their opportunity for "show and tell" this quarter? Think back to grade school. How'd it feel to you when you did not get to attend show and tell all year while other kids got to share repeatedly?

Hopefully you're convinced after reading the above that quarterly reviews are critical to your team’s success. The key is that not only are they critical, but they are also easy to conduct. There is one disclaimer here—like any habit they are difficult to start!

As with most things, it's all about the process. My recommendation is to keep it simple. Here's the process that I follow:

Eventually things will come around to the discussion of the progress on their goals. I like to use a 1 to 5 rating system as I believe it provides an adequate amount of granularity. It is critical that you provide them with an EXPLICIT written assessment. You owe it to them to let them know how they are doing. And here's the amazing part—they already know what the rating is BEFORE you tell them. Remember you set the goals, you had the review last quarter, and you have been providing them with feedback quarter after quarter.

I also like to provide a 1 to 5 rating on "behaviors" as well (more on this on step 18). The key point here is that attitude and approach are just as important as getting the goals. Put another way, the ends do NOT justify the means.

Finally, provide them with a written copy of the review for their reference. Oh, and by the way, ignore your local HR representative that tells you that "you can't do that." Yes, you can. HR is following the legal department's advice. They're concerned that a lawsuit might arise based on the written document. A lawsuit IS possible—if you have not been fair, if you have not been consistent, and if you have not been truthful in the review. If that's the case, you deserve to get your backside in a sling, as you're not a very good leader!

The key point here is that we're all hard wired to want and expect feedback. In the absence of such, we create all sorts of nightmare scenarios. That's neither healthy nor productive. Furthermore, I can think of no better way than sitting down with your team and having a frank, open, constructive dialog to show that you respect them as individuals and value their contributions. After all, time is your most valuable possession, and in the process of conducting the reviews, you will have just given them the gift of yours.

ACTION ITEM 16 - Schedule and conduct, without fail, quarterly reviews with each of your teammates.