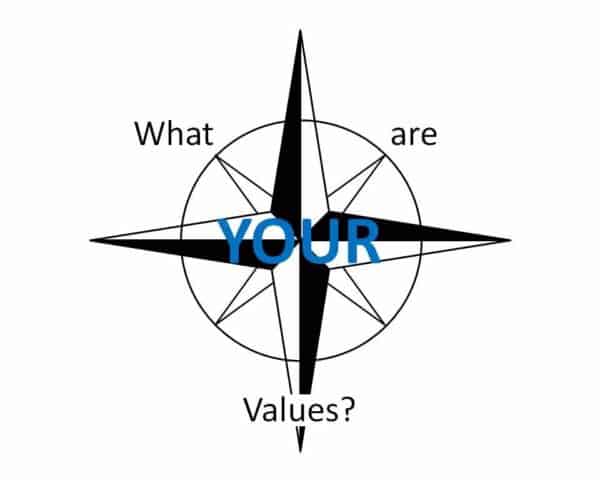 One of my favorite—and I feel most accurate—sayings is: we judge ourselves by our intentions, others judge us by our actions. Ultimately, it's not what you say, but what you do that matters most to people—your values.

To guide your actions, it's invaluable to have a set of values to serve as a moral compass. Values are really interesting things. We all have them. We all know implicitly what they are. And yet we're often uncomfortable discussing them openly. I'd offer a couple of reasons for that:

This gives rise to rule 29:

Rule #29 - You need to have a set of values that you publicly proclaim and live by at all times.

I had the privilege of working for Caterpillar for 18 years. Around the year 2000, the company introduced a new strategic plan along with an explicit set of values. Years later, I can't tell you a single item on that strategic plan. However, I can still tell you these four values over a decade later (you’ll see them in just a bit).

At the time, I was extremely impressed with what the leaders came up with. Over time, I've become even more impressed as I feel that the four values that were introduced provide a solid foundation for a personal value system. Now, mind you, they're not for everyone and they're—in my opinion—missing one critical element. However, they're a great starting point / case study that you can use as you establish your own personal set of values.

Around 2003 I had the pleasure of meeting Sandra Ford Walston. Sandra helped me to fill in the gap that I'd always felt was missing in Caterpillar's set of values. It's actually quite interesting to look at what I call the "fifth value" and see (i) how difficult it would be for an "old school" company like Caterpillar to adopt and (ii) to see how it might have a dramatic impact on how Caterpillar pursues business and functions as a company.

Between Caterpillar and Sandra, I've adopted the following five values to help guide me through my day to day activities.

Values should inspire us to a set of ideal behaviors. They're a litmus test against which we can judge our actions. They're foundational to our success.