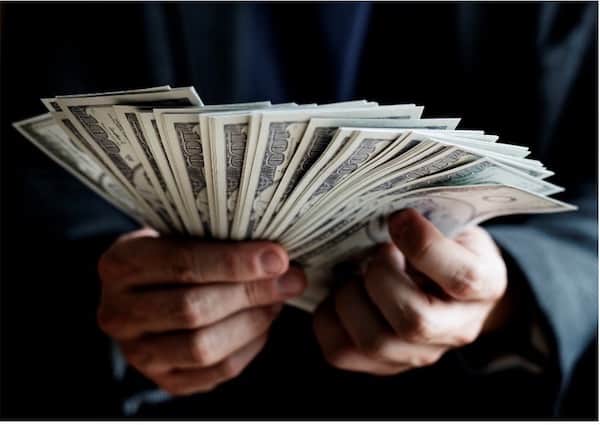 How DOES the Federal Reserve Bank and the Government affect the money in your pocket?

Many of us have seen extra money in our bank accounts in the past year due to stimulus checks as a response to the pandemic. The current $1.9 Trillion (That is $1,900,000,000,000 for you to see all the zeros!) stimulus bill is poised to create unprecedented government spending.

Why are interest rates so low now?

At the same time, interest rates are at rock bottom prices, making it cheaper than ever to secure a loan for a new home, car, business, or other large, financed item.

Money seems to be cheap and readily available everywhere. What are the reasons for all this, and who is pulling the levers that make this possible? Much of this is guided by Monetary Policy and Fiscal Policy.

Supply and demand of money

Money follows the same economic concepts of supply and demand of many other commodities. If there is a large supply for a given demand, the cost, or interest rates will drop. If the supply tightens but the demand stays the same, people will be willing to pay more for the money in the form of higher interest rates.

How money affects the economy, in a nutshell, is that if there is too much available in the market, demand for goods increases and vendors will tend to raise prices because they know people will pay for it because they have the money, which can lead to inflation.

However, If demand for a product is low—but a plentiful, low-cost money supply makes it easy to buy— then this tends to stimulate the purchase of the product. As an example, the housing market has been booming in the past year, even while a pandemic has blunted the economy, because the cost of buying a home has never been cheaper with rock bottom mortgage rates.

Money follows the same economic concepts
of supply and demand of many other commodities.

Monetary policy attempts to walk the fine line of keeping the economy stable with moderate growth, while at the same time preventing excess inflation from too much money flooding an economy that does not need the stimulus.

What is “the Fed”? It’s the Federal Reserve System (FRS)—our central bank.

Monetary Policy is established in the United States by the Federal Reserve System (FRS) or “The Fed” which is America’s central bank, composed of 12 FRS branches in different geographic regions of the country.

The Fed works to expand the economy in difficult economic times (like, for example, an economy-crushing pandemic) by easing the supply of money, which is called expansionary monetary policy.

Then, in good economic times—the Fed works to control inflation and an over-heating economy by restricting the supply of money, called contractionary monetary policy.

How the Federal Reserve Board impacts the Stock Market

The Fed is run by The Federal Reserve Board, and it is no wonder, with the power they wield, that the stock market will pay keen attention to the meetings of this Board—and to official comments made by the Chair!

Tools that the Fed uses to influence money supply include three main strategies:

What is Fiscal Policy, and what does it control?

Fiscal Policy is determined by the government. As we have seen in the past year, an increase in government spending can be used to buoy up a shaky economy. By running a deficit and boosting government spending, more money is pumped into the economy. This is known as Keynesian economic theory. Tax cuts and deregulation are also a means to put more money into the economy, and we saw evidence of this from the Tax Cuts and Jobs act of 2017, as well as deregulatory policy causing the economy to expand, with very low unemployment in the three years leading up to the pandemic.

Fiscal policy can stave off economic disaster! Yet, there are also costs—possibly to YOU.

Expansionary monetary policy and accelerated government spending can play a huge role in boosting the economy and preventing recessions, and thus far have helped stave off economic disaster stemming from the pandemic.

However, there are potential long-term consequences from these policies that can affect your pocketbook directly:

Navigating policy changes with a fiduciary financial advisor by your side

Navigating how to take advantage of the current monetary and fiscal policy and planning the future can be difficult. Having a fiduciary financial advisor by your side can go a long way towards answering these questions. For more information on how we can help you please visit us at www.f5fp.com, or schedule a free consultation here.

If so, feel free to send us an email or give us a call. We’d love to have the opportunity to help you find a bit more peace of mind when it comes to investing.